As you may know, I periodically review certain magazines for mentions of Facel Vegas and quite often these mentions are as rare as the cars themselves. Things have been pretty quiet on the Facel front of late, but this month’s Classic and Sports Car has a few mentions which I thought I would review. Adam Sherring has also brought to my attention an article elsewhere which I shall tell you about.

First up, as you leaf through C&SC August edition (on sale now on 20/7/2017) is a full page picture of a sprightly looking HK500 on page 33. This is just one of 65 cars from the McPherson collection coming up for sale in Texas in October. This may not interest you, but the HK500 looks nice; it’s a left hooker and it’s offered by Motostalgia.

I’m not really into models – I’m paying enough for the real thing – but C&SC always have a models page and I’m pretty sure I must have missed the last Facel model that appeared on those pages but there’s a new model of a Facel 11 which is illustrated on page 57. The page is prepared by St Martins Models and this is one is of a Facel 11 from Neo, costing some £70. 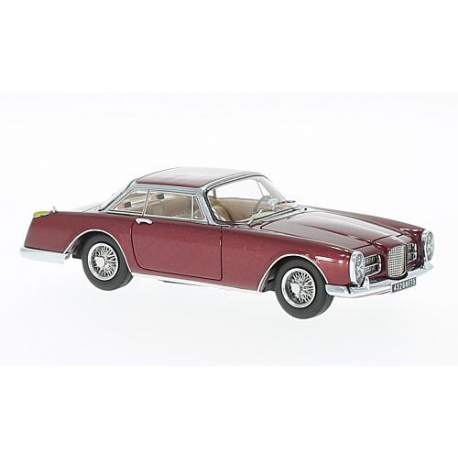 Whenever I’m on e-bay and I search for Facel Vega I have to wade through pages of Facel models offered (as well as brake pads, articles, photographs and now seat belts) and some of them look horrific and some quite good. I have to say that the Facel 11 mentioned looks quite good. I’ve seen that Neo also offer a model of an Excellence and an FV2C but I haven’t looked at those models closely. Neo’s models are made in China. I also noted that there is a model of the Bentley Mk1V Cresta 11 Facel Metallon offered for £65 which I hadn’t seen before. I often think that buying one of the cheaper models and testing out paint jobs is a cheap way of working out what colour you might want the real thing.

But I digress. The only other Facel mention that I noted was that the ex-Trintignant Facel FV3B is still being hawked around, now offered by the Belgian SPRL Michel Kruch company of Brussels for €255,000. And that’s it, as far as I can see, in C&SC.

But Adam Sherring has pointed me in the direction of this article on the web: https://www.classicdriver.com/en/article/cars/facel-vega-known-sexiest-four-seater-a-reason?utm_medium=email&utm_campaign=0572017%20Facel%20E&utm_content=0572017%20Facel%20E%20CID_55b496dfb4a5a8ea9e88580b4591ca7e&utm_source=newsletter

This is on the Classic Driver website and is an article on one of Jasper Beukenkamp’s restored Facel 11s written by James Bannister. It’s a well-written article, very positive and well-illustrated with some nice pics of a pale blue LHD Facel 11 which is for sale; I didn’t dare look to see how much for!

I’m sure there are nice articles elsewhere which I may have missed, but that’s it for the moment!