Alan Carrington Classic Cars Ltd in Kent, England, has set a new world record of an asking price for a Facel Vega, in this case a Facel 11: £425,000. The car, of course, is fully restored and looks fantastic, but is it worth it? As the owner selling the car, he can ask what he likes of course; only he will know whether he gets it!

The car in question is HK2 A122, originally owned by government jobber at the stock exchange and powerboat racer R. S. (Dick) Wilkins. It was said that he dominated the gilt market in the fifties and sixties. As well as motor racing and powerboat racing, he also enjoyed horse racing and was a good friend of the Queen Mother. He was a director of the Savoy, enjoyed his food and was said to be ‘generous in proportions.’ He was senior partner at Wedd and merged it with Durlacher to make what became Barclays Investment Bank.

The car was delivered on 26/3/62 but was then sold to a Mr Marriott just under a year later and then to a Mr Cowley in 1966. It was blue and automatic.  One time owned by James Radley/John Barton and bought by John Elvins of Leatherhead in 1973. It went to Malaysia in ’97 where it was registered WGE8263 and had tan interior, then back to Germany in 2010, where it was up for sale with Diemer and Dahlheimer, according to R. Stevens, for around €120k but you had to have it restored by them, which was estimated to take two years and cost another €100k. Research, however, suggested that it would cost €200k and take five years.

It was then put up for auction with Artcurial at Retromobile in 2013, where it was estimated at €90-€130k and sold to Justin Banks for €128,667. The engine didn’t turn over, among other problems.  It was then restored by Banks’s restorers Orchard View Classics at Yalding, near Maidstone for Banks (who later fell out of love with Facels). It was back to being  electric blue – had been black with blue interior at one time.

In mid-December 2015, it was up for sale by Pendine at Bicester Heritage for a shade less than £250,000. Now it appears on Carrington’s site registered 694 JGW, still blue with dark blue interior and now priced at a record-breaking £425,000! 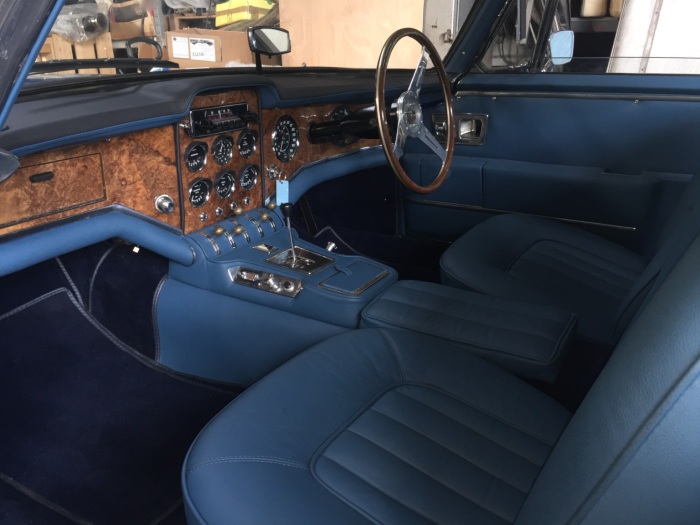 Carrington slightly lets himself down in the sales blurb on his site by spelling Stirling Moss’s name wrong, and by suggesting that Frank Sinatra, Pablo Picasso, Ava Gardner and others were owners of Facel 2s which they weren’t. But good luck to him with his sales price. Other owners will be watching!