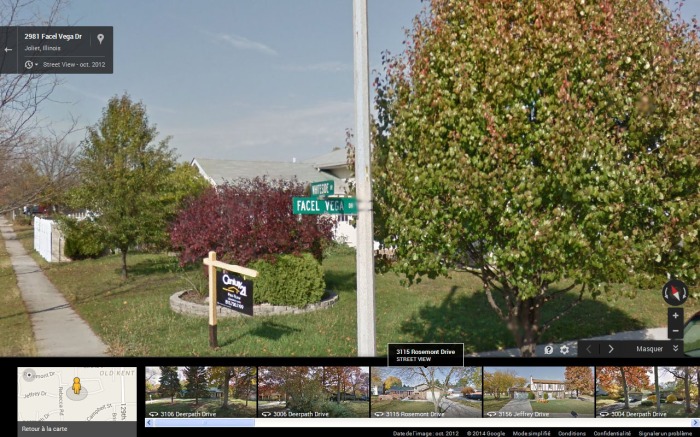 I’m not sure how you got to this site – it doesn’t feature in the first twenty pages of Google in spite of being the only active English speaking Facel Vega website – but on the way you might have tumbled across a house coming up for sale in Facel Vega Drive, Joliet, Illinois.

Where, you might have asked? Joliet, Illinois, 40 miles south west of Chicago. No, I hadn’t heard of it either and I spent two weeks in Chicago many years ago. And why does it have a street named Facel Vega anyway?

Well, I don’t have all the answers but I can come up with a few interesting facts. Joliet, for instance, is on Route 66. It is also home to the Chicagoland Speedway which hosts NASCAR events and there’s a dragstrip bang next door. Wikipedia lists a whole host of famous people who came from Joliet, but the only one I recognised was Lionel Richie. I also liked the information that Joliet Prison was used in the opening scenes of The Blues Brothers movie whose principal characters are Joliet Jake Blues and his brother Elwood Blues – Elwood is a community next to Joliet.

So why Facel Vega Drive? I actually contacted the city council to ask and all they could come up with was the line that the property developer who built the 14 houses in the street was a car enthusiast and decided to name his street after the car. There is a Fairline Drive nearby but no other instant car related connections. I wasn’t even told the name of the developer and therefore don’t know if he ever owned a Facel Vega. Maybe someone can find out. In the meantime, Facel Vega Drive exists, houses are available and as far as I know, that’s the only street in the world named after our cars.