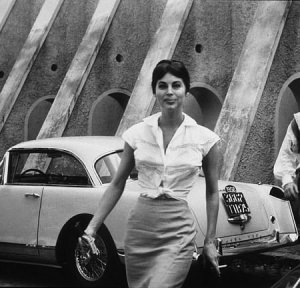 The picture of Ava Gardner walking away from her HK500 is one cherished by all Facel owners, but it’s not all that it seems. A wonderful bit of super sleuthing by Robert Gel on the French site has uncovered the real story behind the pic.

He writes: ‘Yes, it’s an HK500, no doubt but no, it’s not Ava Gardner’s. What one doesn’t see in this photo, but one sees in a photo (an enlarged one, published in the Amicale’s bulletin) is a man to our right dressed in costume of the 18th century.

‘Here is my research. The HK500 has the letters Facel Vega below the boot, which suggests it’s one of the earlier HK500s. Ava Gardner owned HK Z1, (produced about 19 months after the first cars, and metallic).

‘I’ve identified this car as HK A6. This is how: I took the production records and of the early HKs, there was HK A6 which had the TT registration as in the photo. (TT is for tourist/export cars in France and still is).

‘The owner of that car was Anthony Franciosa. All very well, but who was he? After a bit of a Google and then Wikipedia and we discover that he’s an American actor. Add in Ava Gardner to Anthony Franciosa and we find that they played the leading roles in a 1958 film: The Naked Maja. 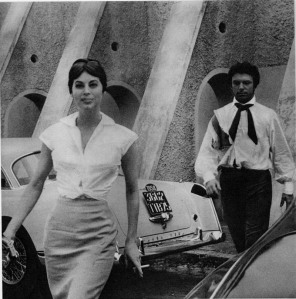 ‘They also had a little adventure together – but that’s another story!

‘Ah, I forgot. The film was partially shot in Rome, whence the car was exported. It’s the oldest HK that I know of.’

Great detective work by Robert Gel, how I love a good car discovery story. It’s still in existence, but interestingly, it’s been Americanised since the pics with Ava Gardner. Those rear lights are European rear lights but since then it’s sprouted two different types of rear lights. Apparently it’s now in Belgium; great story, well done and thanks Robert.