There were at least ten Facel Vegas either for sale on trade stands or auctioned, or exhibited on the Amicale stand at Retromobile in Paris last week. I was away in the Alps, so didn’t follow the auctions directly – they’re quite entertaining – but I have had a look at the results and they make interesting reading. Please note that the prices are in different currencies, either euros or pounds, so take an exchange rate of around €1.17 to £ into account.

Five cars were up for auction with either Bonhams or Artcurial, two days apart. Only the Bonhams HK500 was right hand drive. It started at Bonhams where the ex-Maurice Trintignant FV3B made yet another appearance. The Amicale website reckons that this sold here at Retromobile about two years ago for €185,000 which one observer felt was too much even then. It was on offer this time with an estimate of £160,000 to £210,000, said to be in the same condition as before and it reached €145,000 and therefore didn’t sell. It’s still on offer with an estimate of £160,000 to £200,000, so the top estimate has come down £10,000 – the former buyer is looking to break even. 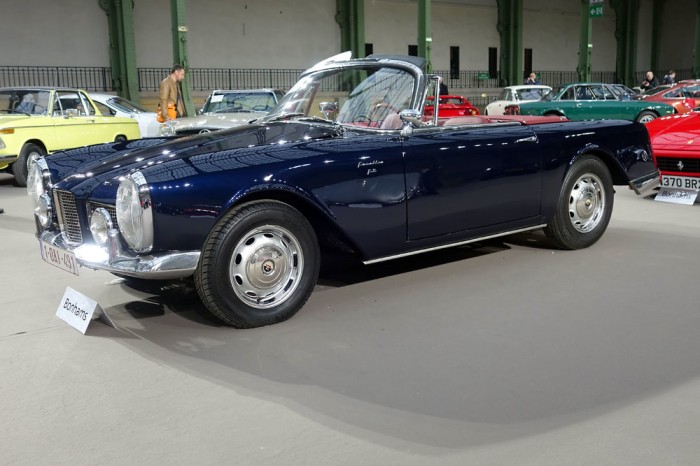 The Artcurial auction was held two days later with two Facels up for sale, one after another. First up was a very original black Excellence needing work and estimated at €60,000 to €110,000. It sold for €75,000, €89,400 with expenses which seems a good deal in spite of the work still required.

The final car was the best of the big-engined cars, this HK500 belonging to two Amicale members who had presented it in excellent condition. It was estimated at €150,000 to €180,000 but only attracted a top bid of €130,000 which suggested it hadn’t sold, but with expenses that came out at €154,960, and was said to have sold, even though the owner said it hadn’t!

The conclusion from these sales and non-sales is that the big car prices have levelled out somewhat, but the sale price achieved by the Facellia is very encouraging for a small car in tip-top condition. Having made that comment about the big car prices, there is an unconfirmed report that a pristine Facel 11 made €410,000 at a wonderfully comprehensive show of Facels put on by the Amicale Facel Holland and their partners Classic Job in Maastricht the other day. That would be close to the record price achieved for Ringo Starr’s similar car.